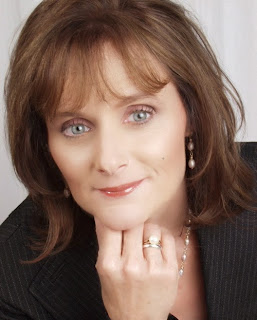 
1.Do you think there might be a conscious connection between the sort of parasitic beings you have come across in your work, and the sorts of almost Lovecraftian or technological creatures we see in media such as the Matrix films and countless other science fiction? (where by people are possessed by similar creatures which seem to be tools for other entities of higher intelligence and hierarchy)


EL: Yes, although what is in science fiction may be more imaginative. Many times what artists create out of the imaginal realm are indeed what some of these entities look like, according to the reports of people who can perceive these entities. Sometimes they are not entities but rather appear and function more like parasites and also inorganic things (like microchips, geometric objects, sigils, clamps and other techno-looking devices) within their energy bodies, chakras,etc.


2. Do you think that fundamentalist world religions (divorced from their own mystical sects and rituals in some ways) and RFID-type chip implants are different steps toward a kind of global control or possession? (for lack of a better term)


EL: Religions have long been utilized by the dark side to mind control large populations through belief systems, fears, partial truths for a very long time. But if these do not work because someone is more in tune with the “truth”, then the next level of control is often more physical like toxins in the environment, diet and implants in the body.


3.What do you think of the volumes of supposed code and categorization brought forward by Fritz Springmeier in his books, relating to the process of trauma based mind control?


EL: Fritz Springmeyer brought out much information about trauma based mind control and mind control programming that was originated by the occult black magic groups associated with the Iluminati. His information is valid for those who have that kind of programming and mind control, Illuminati Bloodline histories. In reality, many more people are mind controlled than one would believe. And the methods are not only the trauma based types that Springmeyer discusses in his material. It is much more streamlined and much of the mind control in milabs, supersoldiers and some abductees is much more sophisticated, and occult, energy based. In other words, the systems Springmeyer revealed is “old school” compared to many of the newer MK ultra victims and whistleblowers who have come out, ie supersoldiers and milabs. The information by Svali is also very valid, but it seems to be for specific sub populations related to Illuminati bloodlines who are actively involved in rituals.


4.Do you think a large percent of the alien abduction phenomenon since the 50’s was actually simply a MILAB operation, and not alien at all? I’m not trying to eliminate real aliens from the equation I just want to know the extent to which they are actually the ones abducting people, since a supposed secret government would have all the necessary methodologies of abduction perfected and in the highest interest? (Black Project aircraft, memory manipulation and mind control, eugenics etc…)

EL: I do think a large part of the alien abductee population has some kind of military or secret government or even Illuminati bloodline connection whether they know it or not. However I do not think all abductions are milabs. Alien contact and abductions are distinctly different but they often overlap when they are working in tandem with certain human “groups”. The military have a means of tracking individuals who are having ET and alien contact, and so they often re-abduct them or use them in some kind of mind control covert operations, or medical tests.


5. Are there specific entities who abduct people that you believe are or aren’t regularly actual abductors? I would assume the greys are probably the most real (although robotic and not “alive” in the way we commonly understand the term)


EL: I suppose there many be many kinds of beings who do not “abduct” but have been encountered by different people throughout history. In my interview with supersoldier Randy Cramer, he discusses four basic groups of ETs that the secret government have categorized based on friendly to outright hostile. I copied the section from his interview that I thought was interesting:

“My recollection from the EBE manual is a color coded system with four categories which all known species fall under. Green is for friendly species, White is for neutral/observer/non-interactive species. Yellow is for "potentially hazardous/unpredictable/may result in death" species, and Red for "Hostile". The bulk of the manual is classified as White (neutral), with a handful in Green and dozen or more in the Yellow and 6 or 7 in the Red. The Red categories that I can recall are 1.Draconian reptoid, 2. Zeta I A's and zeta I B's (often referred to as Grey's by civilians, as Whites by insiders) 3. Betelgeuse III's (Harians) , and 2 others listed as "Non-Corporeal, Amorphous, Shadow Type A and Type B. Several in the Green category that I can remember would include, but not be limited to (and may have changed) Centauri, Vegans, Tau Cetians, Procynions, and some secretive warrior race called the AK-KA, no idea where they are from, no idea what they look like. But they were in the list, and it stood out because it was weird.”


6. How many different types of (what are popularly referred to as “super soldiers”) are there and what are the differences in major programs?

EL: There are many types of programs, and at one time I heard there were 146 different mind control projects under the basic umbrella of MK-Ultra. But there are different factions of military, secret government, and occult groups who may have their own “assets” who are trained, or mind controlled for various purposes. According to the most recent interview I conducted with Randy Cramer, he has stated that there are new alliances and groups made daily with respect to different programs, assets and various ET groups and humans who may be working with these groups. I asked Randy about the different programs and the state which we are in with respect to various conflicts and factions even within our own secret government, breakaway civilization and ET groups.


“ It would appear that what was once a fairly cohesive effort by a handful of covert programs to deal with the ET/exobiological/technological issues, is no longer cohesive or just a hand full, at all. It seems that it has degraded into a feudal style conflict where every deep black program director who has a measure of control in the larger equation is refusing to share data while trying to steal and acquire everyone else's data, while trying to keep his/her sub programs hidden so they cannot be stolen. Alliances are made and broken. All high tech is just used to spy and steal from each other with the hope that whoever wins the "Deep Black race" will get to rewrite all the rules and make the world in their image. Because, quite simply, there will be NO ONE to stop them from doing so, with all the competition eliminated or left in the dust. My chain of command has expressed deep concern over what they feel is a scenario under which a certain percentage of the system has been compromised. This may be by undue influence from "unfriendly" ET's, it may be in part due to an infectious mental illness that has swept through the upper classes who are so high on their on hubris they don't see the very hard wall at the end of this very short road we are all approaching very quickly. A combination of both or possibly other variables are involved. Regardless, if the system is compromised by more than 51% or the gears grind down below 75% of normal, than conditions exist to set something in motion known to USMCss personnel as Article 21. Article 21, mandates all USMCss Officers in Service for Life (we retire when we die, literally) to take measures to prepare for conditions under Article 22. Let's all hope we can solve it before that.( Note: Article 21 is not related to Agenda 21)


For the full interview see: http://evelorgen.com/wp/news/whistleblower-randy-cramer-tells-about-secret-military-operations-on-mars/

7.Is it possible that some of the sexual attacks that appear to be reptilian and such, are the result of human based black magick, or the militarization of the occult in some way, where these people are the target of some ritual milab?


EL: Yes, absolutely. Many black magicians will have attached entities or demons who they ally with to help them in magical operations including types of “astral abduction”. This may include “astral sexual unions”, rapes, or energy vampirism, depending on the magicians and entity agenda. In my understanding much of the milab operations were created by occult magicians and Illuminati groups who made deals with the government or military. They also use technology to aid basic black magic to carry out abductions. Although there is a real alien and ET element going on, that may have nothing to do with human “helpers”.


I also believe that many cases of what I have come across in the Dark Side of Cupid, orchestrated love connections have been done by someone who deliberately cast a love spell or magical operation. There is a case in my book where this happened, but at the same time the man who did the magic was already in a “mind control program” and a bloodline person and the woman was also already an abductee. When love spells are done, the magical operator may invoke various types of powers or beings to assist in linking people together, and very often these beings are reptilians, dracos or various types of demons. Or even earth spirits.


8.We just lost one of the real heroes of the alien abduction field when we lost Dr.Roger Leir, are there really any other people looking to remove, collect, or catalogue the chip implants?

EL: I am also sorry to hear about the passing of Dr. Roger Leir. He really opened up the field of alien implant analysis and removal. I think there are other physicians who do this but I do not know of any of them now. Steve Colbern, a scientist has also done scientific tests on some implants.


Most of the people who are working to assist abductees with implant removals are healers who work with the subtle energy body realm. Many implants are etheric, or somehow linked in with the energy body, chakras. Dr. Corrado Malanga has created a few liberation techniques to do this, as has the Energetic Synthesis system created by Lisa Rene, and there are a couple of other people who advertise about implant removals.


9.Are you working on anything new we should know about?


EL:I'm spending most of my time doing private sessions with clients doing counseling, hypnotherapy and clearing of alien interference. Im learning many things from other healers and also those who are in milab programs on how to clear out not only the alien interference patterns but the energetic implants, attached entities, and mind control programs at more subtle levels of consciousness.

I have also started as a contributor of RISE Multiversity, a new online videoconferencing educational, mentorship and discussion and support oriented program for newly awakened people who want more support and connection with others who are “waking up from the Matrix”. See http://www.risemultiversity.org We will do Roundtable discussions, mentorships, support and counseling process oriented groups for anomalous trauma and other topics.